Anything you want, Anything you need. Everything you’ve seen other companies do, but never knew where to get it done, you’ve found that place.

We could keep telling you, but it would just be easier for you to click What We’ve Done and see the designs for yourself.

We have specialties and fields of expertise

Need a logo design? Look no more, we can help you develop your ideas into a logo that will positively identify with your customer base. We can work hand in hand to make sure we relay your message through your logo.

Do you have an existing web design that needs help? Maybe you need to start over with a completely new design. What ever the case may be, it’s all about having a mobile friendly website and trendsetters can help make that happen.

From custom screen printed t-shirts and embroidered hats to corporate uniforms, we can decorate with the best of them. Maybe you have a logo but need a more fashionable shirt, our staff knows all about feeling comfortable so let us help outfit your company in something they’ll never want to take off.

Everyone needs an identity. Something that your customers can relate to and will catch the eyes of everyone else. The world is constantly evolving and you don’t want to get left behind. Let us keep you current with a revamped design of your brand identity.

Our team consists of boomers, generation x’ers, and a few millennials. If you don’t know what any of that means that’s okay, It’s our job to keep up with it. Simply put, our world and how we reach people has completely changed. Trendsetters is diversely positioned with representation in all the demographic cohorts. After all, isn’t it the people that matter the most? 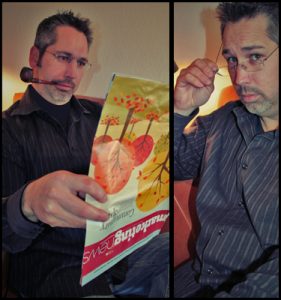 In 1990 Ron joined the staff of WIVK radio as a promotions assistant. After a brief stint in promotions (t-shirt folding), he joined the WIVK FM sales force where he quickly found a home. While at WIVK, Ron garnered Super Seller status 5 out of 5 years and was named one of the company’s all time top producers. In late 2000 Ron left Radio to pursue a career in the advertising agency business and never looked back Things you may not know about Ron Worked with NASCAR® and their Weekly Racing Series program | Developed and produced the NBC television series “Atomic Thunder” | Current Producer of the longest running NASCAR® Radio show “The Lead Lap” | Current publisher of Blount County’s premier lifestyle magazine Basically Blount as well as The Knoxville Parade of Homes™ Magazine, and he is currently the communications manager of the American Marketing Association . Ron could eat Pizza every day of his life, can’t sleep past 6am (which can only mean one thing), can very seldom watch a movie all the way through, and has realized he watches tv and listens to radio much differently than most (which can only mean one thing).

A West High School Rebel. Class of two thousand and seven. Another member of the golf team and the baseball team. But he swiftly gave it all up for a computer and some Adobe software. He finished in May 2010 with an Associate’s Degree in Communications Graphics from Pellissippi State where he learned that the learning NEVER stops. And he’s here as another member of the design team. Professional Croquet player – no, seriously, he is a professional croquet player and has apparently won some tournaments though we’ve never seen any prize money let alone awards…or even pictures now that we think about it. If you’re into Fantasy Sports, well, so is he. Can you be a professional Fantasy Sports player? Ranch dressing? Yes. Bass Fishing? Yes. Owns his own bowling ball? Yes. Knows how to use it? That’s yet to be proven.